It’s 8:30 AM and I am waiting for the car in front of me to start moving, and it’s fair to say both myself and my passenger, Bob Roberts, are full of anticipation. We’re on deck 7 of the Hull Rotterdam ferry and ahead of us two days in search of big perch. Some months ago I’d been told of a top guide in Holland, Rob Kraaijeveld, and after chatting with Bob I’d booked two days. We’d done our research on the area, corresponded with Rob, anxiously watched the long term weather forecast and at last it was time to go, if only the car in front would start moving!

At last we’re on the move, first stop a local tackle shop to get our vispas, then it was on through lovely Dutch countryside to get a first glimpse of our destination, the Haringvliet.

Wow, was my first reaction, as I got my first glimpse of a huge stretch of water stretching over the horizon, closely followed by the thought, I hope Rob had a big boat!

I didn’t sleep well that night. We’d met Rob the previous evening and I was immediately impressed, with the boat, his overall organisation and his plans for the next day. Talk of big perch, the possibility of a zander or two all sounded brilliant, I spent most of the night awake, waiting for the alarm clock to go, so we could go fishing!

Day one
It’s first light and Rob is powering his way out from the harbour, The roar of the engine and the hiss of the spray all added to the excitement and anticipation which contrasted sharply with the calm and tranquillity as we slow to a stop on Rob’s first mark. Time to make our first casts. After a couple of casts, my first reaction was I’m totally out of my depth here. Deep water and powerful currents were making my lures behave in ways I’d never had to deal with before, I was going to have to up my game. This was where a top guide like Rob comes in and his advice was to prove invaluable over the next two days. Gradually I started to come to terms with the conditions and got my first hit, which promptly fell off. Not the start I had planned and dreamed of, but suddenly I knew I could get takes … It was game on! A move to a second spot, which was easier to fish and we started to catch, beautiful, hard fighting perch, this really was magical fishing. We got to the point where we were putting back big twos and low threes without thinking about weighing them or taking pictures, unthinkable back home. Rob suggested a break from the perch fishing and a move to an area good for zander. A while later we slowed to a stop. A bigger lure, a different way of working it, this was one of the steepest learning curves I’d been on for a long time. Whilst demonstrating how to work the lure Rob got a take and a stunning zander was soon in the net, it’s fair to say I was impressed, my turn please! It was not the easiest action to get right, a couple of short jerks up, a slow drop, and a wait. Sounds easy in print but it took me a while to get it right, then whack, I was playing my first zander, this was becoming a very special day. The rest of the day was spent trying different spots and catching lots more lovely perch to big threes and even the odd bonus pike. All too soon it was time to return to harbour, seriously tired, but very happy.

Day two
Once again as dawn is breaking we are heading out across the Haringvliet. It’s a windier day but Rob is happy with the weather conditions and I’m feeling more confident of coping with the fishing conditions, hopefully Bob and I could make it happen.

Day one had been a brilliant experience, but we’d not been lucky with finding the bigger fish but that was all about to change. We’d only been fishing an hour or so and on our first move when after a couple of good threes Bob hooked into a much bigger perch. As it came to the net it looked huge and it was obvious we had our first four. At 4lbs-7oz we were over the moon, it was what we had come for, what we had hoped for and there it was in all its glory. Rob was anxious that we got fishing again, as he was sure there would be more like it and he was right, as only a few minutes later it was my turn to hook into another huge fish. Even in my dreams I’d not expected it to be this good. I’d have happily accepted a low four but this perch at 4lbs-10oz just blew me away, it looked awesome!

It didn’t matter to me if I didn’t have another take all day, but Rob wasn’t happy with that and we continued to try different marks and catch a lot more perch. A spell over deep water later in the day was a bit special as we fished over what was a huge shoal of perch feeding on fry and had fish after fish. Not the bigger fish but great fun, with double hook-ups, and a real chance to fine tune how to works lures properly.

All too soon it was again time to return to harbour and say goodbye to Rob. I cannot thank Rob enough, he had been the perfect guide and helped us have a trip to remember. I haven’t a clue how many twos and threes we had over the two days, simply fabulous fishing, I think there is every chance we will be going back. The Haringvliet is a stunning venue and the fishing potential superb, what more can you asked for! 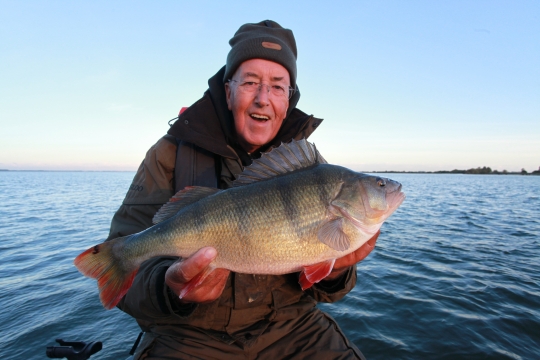 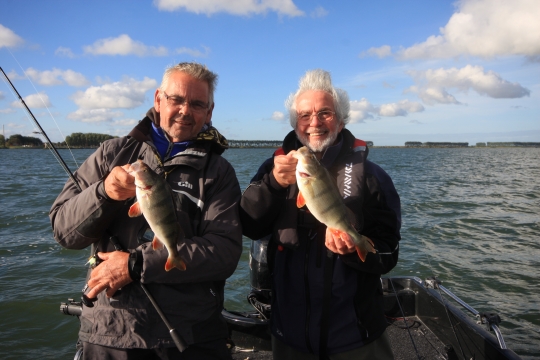 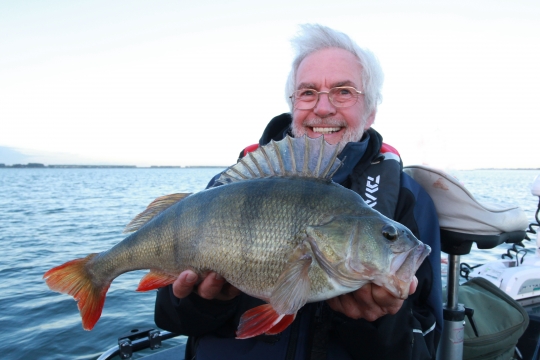 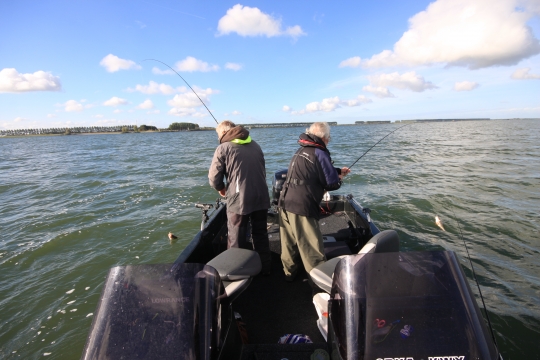 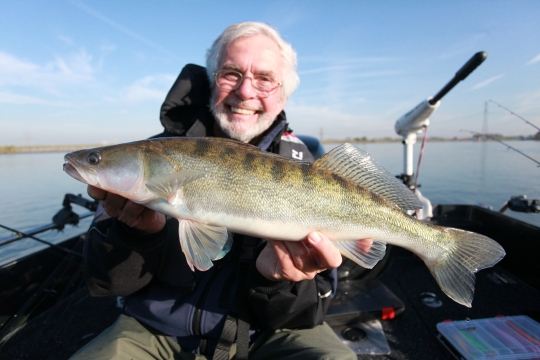 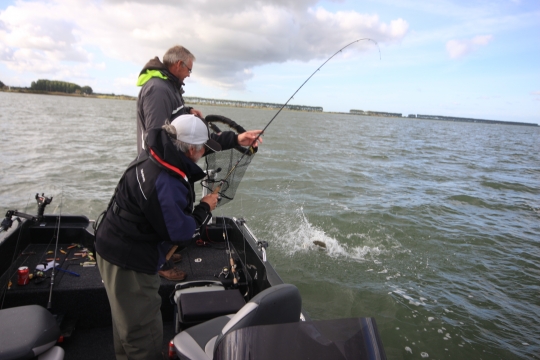 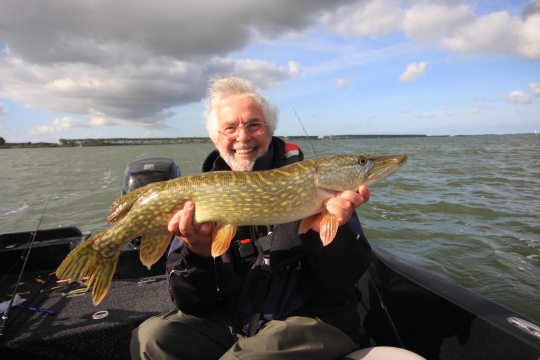 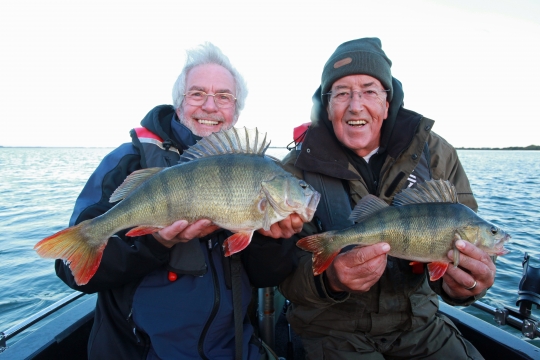 Wed December 2020
In the colder months I want some sort of rod bending action for putting up with what at times can be less than pleasant conditions.
Read article »

Tue November 2020
With the current Covid restrictions I’ve had to re-think my winter plans. It’s great that fishing is still allowed but the advice is to limit travel where possible, so it was time to explore my local options.
Read article »

Brian Skoyles - 'Catch Up' and a 'Wild Night'

Wed September 2020
I had not fished East Delph Lakes for some time so as I travelled down the A1 it was with a real sense of anticipation. East Delph Fishery is a lovely complex of three lakes near Peterborough and I was joining several friends from the Nutrabaits Team, including son Martyn and fellow Daiwa consultant Alfie Naylor for a mix of fishing and filming.
Read article »
END_OF_DOCUMENT_TOKEN_TO_BE_REPLACED